Hello, readers! I didn’t make a video last week because T and I took a trip to Santa Fe. Naturally, being readers, we hit up a local bookstore and a local comic book shop. I’ve read one of the comic bind ups we bought, Copperhead, and will have a review posted tomorrow. We also took in a play and tooled around the city a bit. It was a nice break from the grind. If you just want to know what I’m reading this week, the images are below the video.

On my bookstack this week I have Dread Nation by Justina Ireland and The Belles by Dhonielle Clayton. 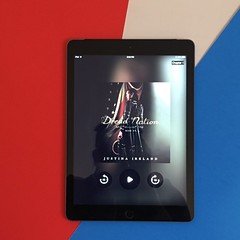 I think I happened upon Justina Ireland’s Twitter after a number of people I follow liked a tweet of hers. I think  her listed name was something along the lines of “Justina Ireland says preorder Dread Nation.” As a curious reader, I went hunting for this book. Basically, it’s post-Civil War (or the War of Northern Aggression, as the narrator calls it), and all the dead as a result of the war have risen up. Brown people are selected to rid the U.S. of said zombies. I imagine, hijinks are going to ensue. I think it’s a really interesting thing, though, selecting black and Native American people for this particular job. I mean, what happens when they’re done killing zombies and they’re treated badly? This could go to a very interesting place. 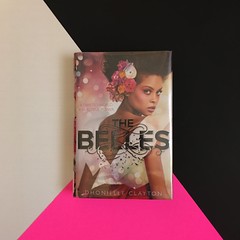 I picked up The Belles by Dhonelle Clayton because of the cover. I don’t think I’ve seen a black girl done up like a debutante on the cover of a book before (if you know of one, please tell me. I’d love to see it). That immediately piqued my interest not to mention that the idea of beauty as commodity is fascinating. To make an aesthetic connection, I think about my own life: beauty standards that I deliberately eschew and the potential consequence of said rejection. I’m more than excited to get into this one.

What are you reading this week?