When the Moon Was Ours | Sticky Note Reviews 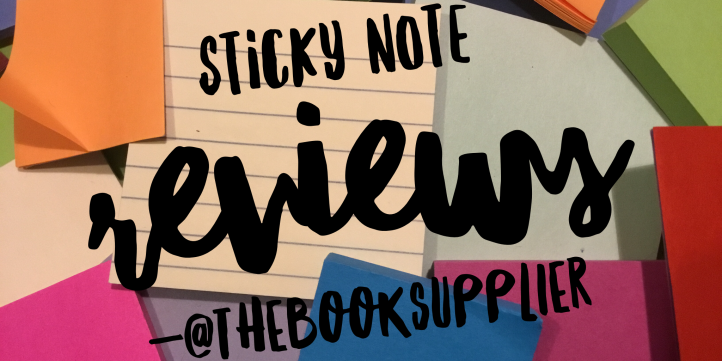 I thought I might have seen this book on a list somewhere, and that’s why I picked it up. Not so much the case. But as I was idly scrolling through the internet in an effort to find this list that doesn’t exist, I did come across the entry on the National Book Awards page about When the Moon Was Ours. NBA asked McLemore why she wrote When the Moon Was Ours. Her answer was something along the lines of she wrote it for the people at the intersection of brown-ness and queer-ness who have been told that there’s no place for them (read her full answer here). As a brown queer person, I’m here for that every day of the week.

[EDIT: I found the list in my Trello notes. It’s YA Books with Queer Girls from LGBTQ Reads on Tumblr]

If you don’t know anything about When the Moon Was Ours, here’s what it’s about (from Amazon):

To everyone who knows them, best friends Miel and Sam are as strange as they are inseparable. Roses grow out of Miel’s wrist, and rumors say that she spilled out of a water tower when she was five. Sam is known for the moons he paints and hangs in the trees and for how little anyone knows about his life before he and his mother moved to town. But as odd as everyone considers Miel and Sam, even they stay away from the Bonner girls, four beautiful sisters rumored to be witches. Now they want the roses that grow from Miel’s skin, convinced that their scent can make anyone fall in love. And they’re willing to use every secret Miel has fought to protect to make sure she gives them up.

Atmospheric, dynamic, and packed with gorgeous prose, When the Moon was Ours is another winner from this talented author.

I devoured this book in two days, stopping at one point because… well, it’s in my review. Which you’ll find below.

#bookaday When the Moon Was Ours by Anna-Marie McLemore. #StickyNoteReview: I can’t even with this book. At one point I told one of my students that I had to stop reading during class because I didn’t want to break down crying in front of them. I felt for Samir in his struggle to name himself, and that held so much emotion. The writing is stunning. Honestly, I’m having a hard time articulating how real, honest, and touching this story is. I love the sharing of secrets as liberating, even if those secrets are painful. This honesty, though, is not necessarily with other people, but with ourselves. When the Moon Was Ours is an absolutely beautiful read that will stick with me for a long time. #stickynotereviews #bookstagram #instabook #bookreview #snrtbs