You Gotta Read Past Page 6 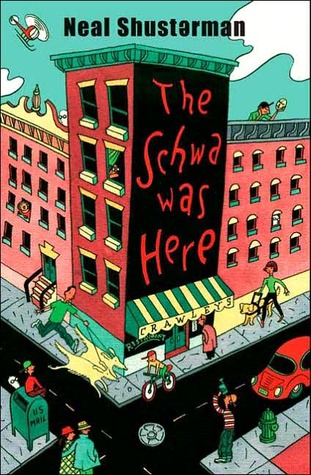 I was talking with my best friend today (my school’s librarian, go figure) about students who abandon books early. She spoke with a student who checked out Neal Shusterman’s The Schwa Was Here. When asked his opinion about the novel, his first response was “It was okay.” Through the course of the conversation, this rockin’ librarian comes to find out that the kid didn’t read past page six. Apparently there was another student in the conversation who decided to check out the book. When she checked in later in the day, she reports that she’s on page 23. She definitely has room to one-up the kid who gave the book up. The comment in this story that caught my interest was “The good stuff started on page 7.” 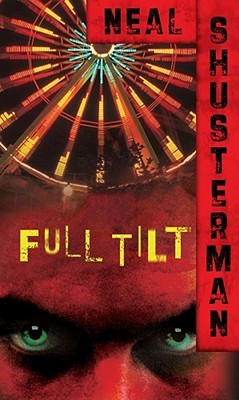 I had a student who finished Go Big or Go Home by Will Hobbs yesterday, and he was looking for something with some action. He said he liked the novel, but he wanted something a little different. I have two copies of my recent action recommendation, The Hunger Games, but both of those are currently checked out. I also added The Maze Runner to my list of action/adventure recommendations, but I lent that to another teacher. So I went with Shusterman’s Full Tilt. When I handed him the novel I said, “Now, I know you wanted adventure. This novel has some adventure, but it takes a couple chapters before it gets there. Don’t give up on it.” The kid I gave the book to said he’d give it a try. At the end of class, on his way out the door he calls back to me, “Hey, Miss! I’m going to take this one with me. I really like it.”

I think dialoguing with students is key to keeping them interested in their books. Especially for reluctant readers, just the strategy learning isn’t enough. Because I asked the kid in my first hour class to give the book a shot and not give up on it too quickly, promising him that the action would come, he was willing to stick it out and is enjoying his novel.

The moral of the story is: Talk to the kids who want to abandon books. Find out why they want to give up on them. I don’t accept “I’m bored with it,” as an answer. Sometimes “I’m bored” is code for “It’s too hard and I don’t want to admit it.” Sometimes it’s code for “I’m lazy and I just don’t care.” Just another reason why it’s important to have dialogue with students.